As the COVID-19 pandemic continues to limit face-to-face association, most of us are relying on video calls to keep in touch with work colleagues, family, and friends — and if you’re also facing financial difficulties, free is best. Zoom continues to top the list of videoconferencing apps, but there are a bunch of applications out there that will allow you to meet others online for free.

We’ve listed a few of the best known videoconferencing apps, along with a couple of popular text chat apps that include video calling features. While most of these already have free versions, some are offering access to additional features for those who are currently working from home or who want to check up on friends and relatives online.

There are a number of apps we have not included, such as Facebook, WhatsApp, and FaceTime, that allow you to do video chats. We’ve left them out because they require that all participants be members of a specific social network (Facebook, WhatsApp) or that you use a specific type of device (FaceTime, which is Apple-only). We’ve also tried to concentrate on applications that allow you to participate without having to download the app (unless you’re the host).

A good idea is to try one or two out for yourself to see how well they fit in with your style and those of your friends. This list, however, is a good place to start.

Zoom has become one of the most well-known videoconferencing apps, largely because of its easy-to-use interface. Originally, the company pushed Zoom mostly for corporate use, but it has also provided a free basic version for individuals. At first, because Zoom didn’t expect its sudden popularity among non-business users, there were several missteps involving privacy and security. However, the company quickly instituted a number of changes and updates to address these issues (although it is not instituting end-to-end encryption for its free users). And its popularity doesn’t appear to have suffered.

The free version of Zoom allows up to 100 users to meet, but there is a 40-minute limit on meetings of more than two people, which is, for many of us, pretty limiting. As of this writing, Zoom was not offering any special deals for those now working at home, but it does have a page offering help and advice to new users.

Skype has been the go-to platform for one-on-one conversations since the beta was released in 2003. Its Meet Now feature (which is accessed by choosing the “Meet Now” button on the left side of the app) allows videoconferencing; up to 50 people can meet with no time limits on meetings.

There is also a separate page that lets you create a free video meeting without having to actually sign up for the service. However, you get more features using the app, so if you’re okay with registering for a free account, you’re better off doing that.

Cisco Webex – A corporate app with a solid freemium version

Webex is a videoconferencing app that has been around since the ‘90s; it was acquired by Cisco in 2007. While it’s been mainly known as a business application and continues to focus on serving companies, it does have a fairly generous free version that’s worth checking out. For the current emergency, it has widened the features of the freemium version from 50 to 100 participants, and you can meet for up to 50 minutes.

Google Meet – Now being featured on your Gmail page

Until recently, Google Meet (formerly Hangouts Meet) was only available to educators and those subscribing to Google’s paid service, G Suite. Since then, Google has made Meet available to all users of its free Gmail service — in fact, it has added a link to Meet on the left side of its Gmail online app.

Meet offers a very simple way to video chat with colleagues, friends, and family — assuming they all have Google accounts, which is a requirement for both hosts and participants. To start, simply go to Meet, click on “Join or start a meeting,” give the meeting a name (if you want), and send out your invites. You can also schedule a meeting using Google Calendar, and Google includes a number of security features such as the ability to admit or deny entry.

You don’t really expect Google to only offer one simple videoconferencing app, do you? Besides Google Meet (which is slowly replacing Hangouts, and which was originally meant to be mainly for business users), Google also has its mobile app Duo, which was built as a consumer app. The company recently added invite links to Duo, along with a very basic web interface. In addition, the app now allows you to create groups of up to 12 participants (but only on its mobile versions). All participants must be Duo users, which can be an issue for wider use.

And finally, there’s Google Hangouts the “classic” version, which is still available, although the company is not promoting it, especially to G Suite users and corporate customers who are being encouraged to use Meet.

All that being said, if you’re feeling old-fashioned, you can use Hangouts to video chat with up to 10 people if you’re using Gmail or G Suite Basic (up to 25 if you’re using the business or educational G Suite versions). There aren’t a lot of additional features. You can add text messages and share screens, but that’s about it. Still, if you want quick and easy, this is worth checking out.

Starleaf – A corporate meeting app with a free basic version

If you’re not a company, you may not have heard of StarLeaf. It’s a platform for large companies — the kind that doesn’t quote a price on its website; you have to call a salesperson. But it is now offering its basic video and messaging product free of charge for those trying to keep in touch during the pandemic.

Another “you probably haven’t heard of it” videoconference app, Jitsi Meet is an open-source platform that lets you easily meet online by simply navigating to the site and clicking on “Go.” If you’re more technically inclined, you can build your own via Jitsu Videobridge, but most people will be happy with the quick web version, which offers many features found in more well-known apps, such as chat, session recording (to Dropbox), and the ability to “kick out” unruly participants.

Whereby – Single meeting rooms with up to four participants

Whereby’s free version is rather limited compared to some others mentioned here. It gives you the use of a single meeting room with up to four participants, along with the ability to lock rooms (participants have to “knock” to gain entrance). Each room has its own URL that you get to choose, which is great — assuming that nobody else has already taken that name. (For example, I tried whereby.com/testroom and found it was already taken.) But it also has a chat function, lets you share a screen, mute or eject users, and has some fun emoji. If you have more people in mind, the Pro version (£9.99 per month) offers up to 12 participants per room in up to three meeting rooms.

Spike – An email app with a simple videoconferencing feature

Spike is an email app that has been adding collaborative features since I reviewed it last year. With the current demand for online meetings, the company has recently added videoconferencing to its repertoire. The feature is very easy to use, especially since you don’t need to register or install anything to use it. Just go to the videoconferencing link, type in your name and, optionally, a meeting topic. The meeting URL is then copied to your clipboard, or you can send an invite via email. There are few extras in this app: you can share your screen or stick up an emoji, but that’s about it, and the host has no control over the meeting. There are no limits on the number of participants or meeting time.

Microsoft Teams – A new free version with no limits

Microsoft Teams was built as a competitor to Slack. Because it is part of the Microsoft ecosystem of applications, it’s a good idea if you want to, say, collaborate on various Office documents, and it offers videoconferencing features. Microsoft has been offering educators and those paying for G Suite the chance to use Office 365 E1 free for six months. More recently, it unveiled a free version of Teams for consumers with no limits for the number of people or amount of time per meeting. You just have to create an account with Microsoft in order to use it. However, when you’re signing up, note that you will be asked what you plan to use Teams for; if you choose anything but “for work,” you will be routed to Skype instead.

Slack is mainly set up for text chat (and is in the process of rolling out a new design), but it does give you the ability to make voice and video calls as well. If you’re on the free version of Slack, you can make a video call to an individual. But if you want to host a meeting between several people, as opposed to a one-on-one conversation, and want to do it for free, you’ll need to look for an alternative.

There is a wide range of other Zoom alternatives out there, as listed above, including RemoteHQ, Talky, Highfive, and 8×8. Some of these don’t have a free version; for example, BlueJeans, a more well-known option, starts at £9.99 per month for unlimited-time meetings with up to 50 participants.

Special mention should be made of Houseparty, a popular consumer app that lets up to eight people use a virtual room to chat. In fact, anybody can drop into a friend’s online session without an invitation (although you can “lock” your room to prevent intruders). However, it does demand that all participants register in order to use it — and registration includes your name, email address, birthdate, and phone number. So we didn’t include it among our recommendations. 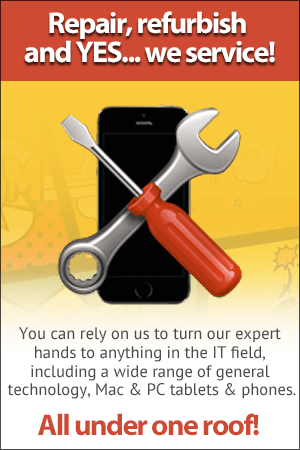